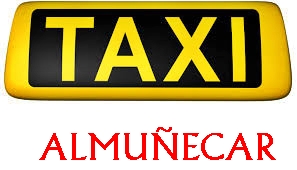 Your taxi service in Almuñecar. Airport – Port and national services. Best prices garanteen.
Call us or ask your price.

Your Taxi 7/24. Call and reserve now. We have two vehicles for your convenience. We are always ready to lead you and your family. Our drivers are experienced, educated and excellent professionals that will make your trip a beautiful experience.

Pay for your service using a credit card

Your taxi on time

Your taxi always on time

Taxi service in Almuñecar. We take you to the airport of Malaga and Granada. Ask about its price. We have two vehicles ready for you.
We are specialists in pet / animal transport.

Because of its privileged climate, mild temperatures throughout the year, and its location at the foot of a fertile Tropical Valley surrounded by the Granada mountains and overlooking the Mediterranean, Almuñécar has been a place coveted by many people since the dawn of history.
Sexi call for its first settlers, the Phoenicians, during the Roman period would become thriving city of Firmum Iulium Sexi, which exported salted fish and the precious “garum” to the entire Empire.
From its Phoenician-Punic past, the Laurita Necropolis and the Noy Bridge bear witness, while the Roman Sexi preserves monuments such as the imposing Aqueduct, the Columbarios of La Torre del Monje and La Albina, the Salazón Factory or the Cave of Siete Palacios, headquarters of the Archaeological Museum.
The watchtowers that mark the Sexitano coastline and the Castillo de San Miguel that rises to crown the population are the legacy of the approximately eight hundred years of Muslim presence in the area. The Christians would build the Church of La Encarnación, the Pilar de la Calle Real, the Palace of La Najarra, a neo-Islamic building that houses the Municipal Tourism Office, or the sculptures that embellish the town, such as the Monument to Abderramán I, the dedicated to the Phoenicians or the Arco in honor of Blas Infante.

Quality service at the best price

TRANSFER TO MÁLAGA AIRPORT and GRANADA AIRPORT
We are a family company in the municipality of Almuñecar (Costa Tropical) dedicated to passenger transport since 1999. More than 14 years guarantee our professional status. Now that we are on the Internet, it is our satisfaction to offer an easier and more comfortable service for our clients, who can now enjoy a more personal treatment. Will we be happy to answer any questions or questions you may have? In addition to any suggestion. 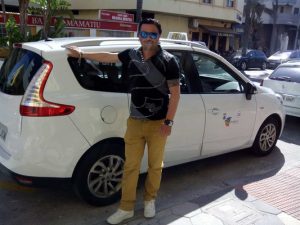